You Are Here: Students 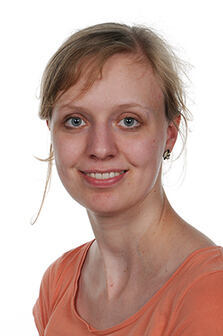 „My PhD project focuses on the establishment of the gut liver axis during the postnatal period. In particular I am interested in the formation of the intestinal mucosal barrier after birth. In the literature the term “gut closure” is used to describe the cessation of macromolecule uptake by the intestine in the early phase of life. [1] With my studies I want to provide a closer characterization of the changes in gut barrier permeability after birth, especially regarding bacteria and/or bacterial constituents.”

One of the unique features of the liver is the ability to regenerate in response to injury or resection. Bile salts are acting as signaling molecules, that affect liver regeneration and regulate the metabolic liver functions. Since bile salts are actively metabolized by intestinal microbiota, bile salt signaling seems to be closely linked to the gut microbiota.[1] My PhD thesis deals with the study of the biology of bile salt signaling in parenchymal and the innate immune cells in the human liver, and also the cross-talk with the gut microbiota. Products derived from the gut microbiota regulates the activity of the innate immune system, which is required for initiating the process of hepatic regeneration. After liver resection the functional capacity of the innate immune system is reduced, and this may perturb liver regeneration and enhance the risk of systematic infection. I will study the interaction between the gut microbiota and innate immunity in the context of normal and defective liver regeneration. Perihilar cholangiocarcinoma is the clinical scenario of impaired liver regeneration, likely due to the impact of (post)-cholestatic (i.e. bile salt accumulation) conditions. Furthermore, I will test therapeutic strategies to overcome defective liver regeneration in animal models of post-resectional liver failure, and strategies to improve the regeneration of post-cholestatic human liver. For the latter, liver tissue of non-cholestatic and cholestatic patients will be collected during liver surgery and used in an ex vivo model of liver regeneration. Other techniques that I will employ include determination of bile salt content and composition by LC-MS, and imaging mass spectrometry to study the localization of individual bile salt species in the non-cholestatic liver and during pathological bile salt overload. The protein level of bile salt-regulated signaling factors will be quantified by ELISA. Furthermore, bile salt and inflammatory signaling will be examined in immune cell populations by a targeted approach. 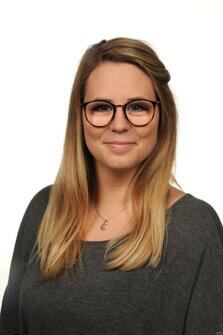 In my PhD project I want to find out more about mechanisms controlling the development and maintenance of immunological tolerance in the gastrointestinal tract, namely, small intestine, colon and liver. In particular, I am interested in the role of dendritic cells (DCs) as they are able to pick up antigen in the periphery, migrate to draining lymph nodes and induce FoxP3+ regulatory T cells (Tregs), which are crucial in maintenance of tolerogenic responses. Eventually, I want to find out if Tregs are induced in all lymph nodes draining the gastrointestinal tract and where those T cells migrate to in order to fulfill their tolerogenic function. 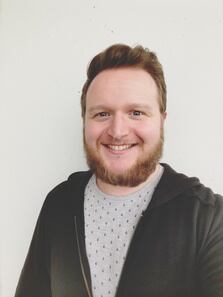 My PhD aims to apply computational physiologically-based modelling of bile acid metabolism at the whole-body level to gain a more mechanistic understanding of its underlying processes. Models will be developed for the murine and human context and mechanistically describe synthesis, clearance and enterohepatic circulation of bile acids within the organism. Measurements of bile acid composition in various body fluids and profiling of the gut microbiota by 16S rRNA gene amplicon sequencing will be used to inform the mouse model. By doing so, the model can help to track alterations in bile acid levels and microbiota composition in response to therapeutic treatments. Informing the human model, clinical data of patients undergoing abdominal surgery, liver transpla ntation and transjugular intrahepatic portosystemic shunt (TIPS) procedure will be used. The computational model can then help to understand bile acid metabolism on a mechanistic level and aid in the identification of parameters relevant in the assessment of a patient’s risk for complications.

My PhD project emphasises on the contribution of
PNPLA3-I148M genetic variant on ALD and NAFLD and
focuses on to experimentally dissect the contribution of the
intestinal microbiota, diet, and gut barrier integrity to liver
disease. In addition I am also interested in the possible
crosstalk in between PNPLA3-I148M and NLRP6, which
patrols the cytosolic compartment of cells to detect
pathogen and damage-associated molecular patterns and
participates in the progression of intestinal inflammation
and enteric pathogen infection. Furthermore, I will translate
the experimental observations into the human situation and
correlate them to clinical observations and outcomes in
patients with PNPLA3-I148M variants and also the possible
contribution of NLRP6. 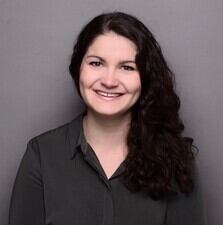 In my PhD project, I work on the role of intestinal microbiota in the gut-liver axis. Specifically, I am studying Coriobacteriia, which can metabolize lipids in the intestine (e.g. bile acids, triglycerides). Moreover, their occurrence has been linked to changes in host metabolism, such as increased cholesterol levels. Using cultivation approaches and gnotobiotic mouse models, I investigate the diversity and functions of these bacteria as well as their effects on the host.