You Are Here: Rankings Nationwide

Teaching, research, and healthcare in university medicine are important for people's quality of life in our country. At the same time, university medicine is an economic field of innovation with a particular dynamic. The Medizinische Fakultätentag or MFT and the Association of University Hospitals in Germany or VUD face these challenges together in differently structured and financed fields of responsibility. Transparency in teaching, research, and healthcare is a means to contribute to furthre quality and performance improvement. (Source: Landkarte Hochschulmedizin) 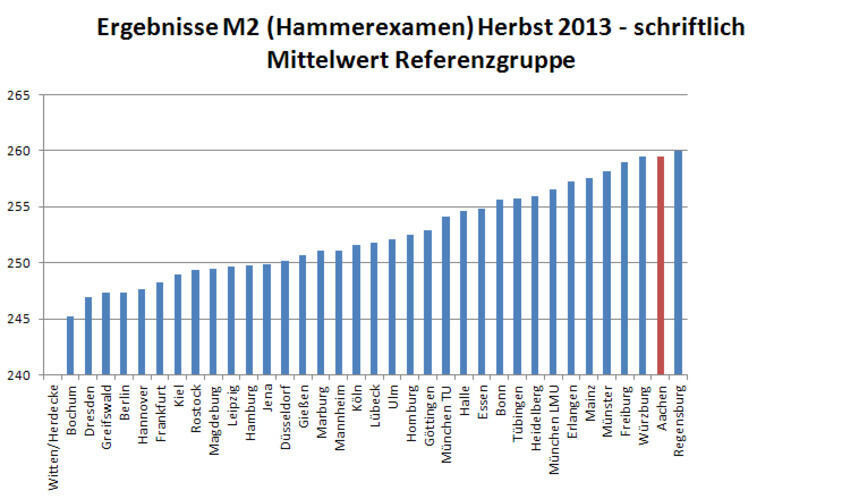 The nationwide results for students in medicine and dentistry, among other subjects, can be viewed at IMPP. The Aachen model course of study in medicine does not participate in the first section of the medical exam (Physikum). However our students participate take the oral examination for the Staatsexamen, the second component of the medical exam, every spring and fall.

The fourth class cohort of the "Modellstudiengang Medizin" (Model degree program of medicine) successfully completed the written portion of the Staatsexamen (M2neu) in the fall of 2012. After being in fifth place in 2010 and third place in 2011, Aachen is now in second place among the nationwide rankings. The good training in Aachen linked with preclinicals and clinicals, the practical year repetoire, and good mentoring are already paying off in the fourth year. 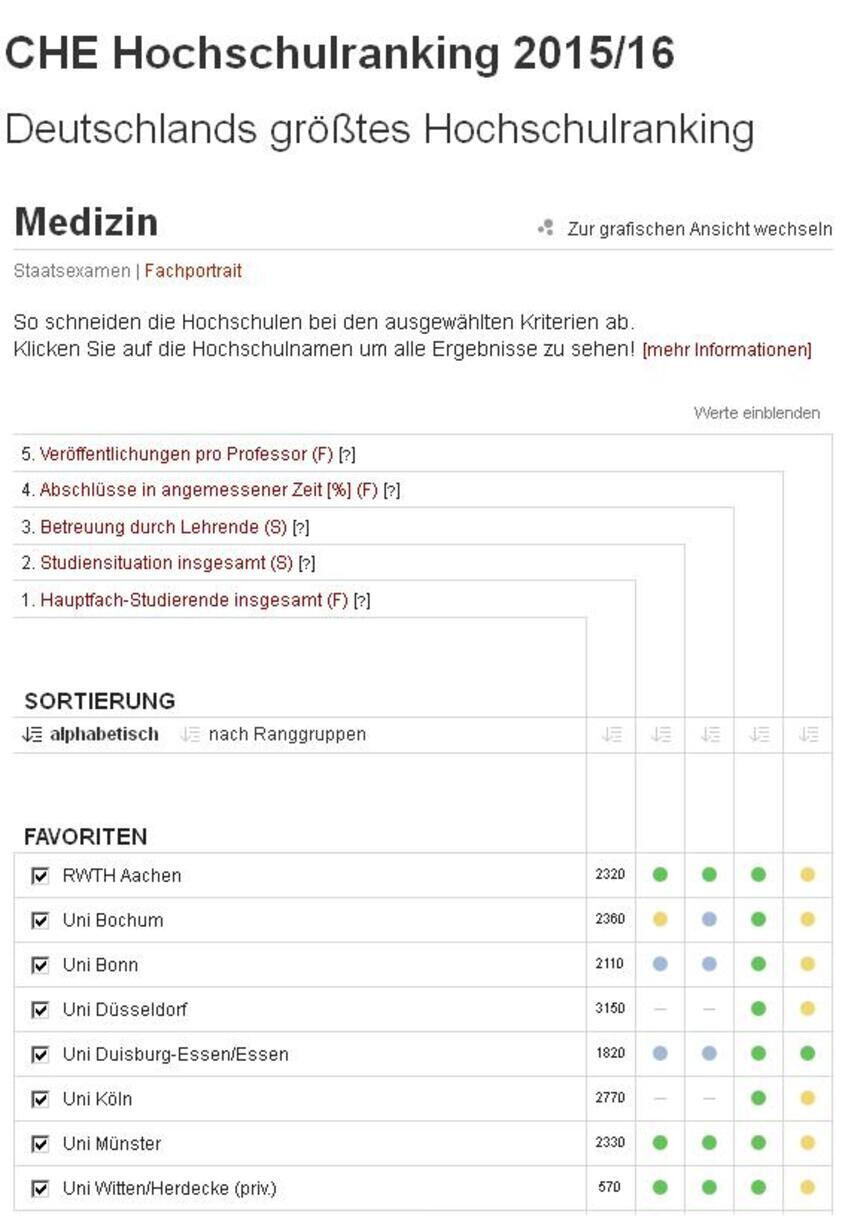 The CHE Ranking, published in the newspaper "Die Zeit", illustrates one of the most comprehensive and detailed university rankings in Germany. It was published for the first time in 1998, together with the Stiftung Warentest, and takes place every three years. In addition to facts about studies, teaching, equipment, and research, the CHE Ranking contains statements from 250000 students (CHE-Ranking). In the last CHE Ranking issue from 2012/13, the "Modellstudiengang Medizin" (Model degree program of medicine) was among the top performers in the field of medicine nationwide. http://www.zeit.de/studium/rankings/2012-04/che-ranking-2012